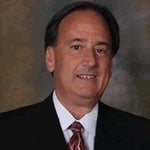 Soon after opening his law practice, Mr. Ferruccio was selected as the “Best New Lawyer in the Stark County Bar Association” in 1980 and also received the award of “Outstanding Young Man of America” in 1982. Furthermore, he was selected for the prestigious honor of “Who's Who in American Law” in 1986. Mr. Ferruccio's most recent accolades included receiving the “2003 Italian American Festival Dedication Award” for his years of ongoing and dedicated community service. As a result, Mr. Ferruccio was honored with a Certificate of Recognition from Representative Mary M. Cirelli on behalf of The Ohio House of Representatives commending and congratulating Mr. Ferruccio on receiving the “2003 Italian American Festival Dedication Award.” The Ohio Senate also recognized Mr. Ferruccio with a commendation from the 125th General Assembly of Ohio, as promulgated by Senator Kirk Schuring, for exemplary achievement. The August 2003 edition of La Gazzetta Italiana newspaper featured an article about Mr. Ferruccio, titled Canton's Italian-American Role Model, pertaining to the Dedication Award.

Thank you for contacting us. We will get back to you shortly.

Please complete all required fields below.

The Ferruccio Law Firm Is Here for You

At The Ferruccio Law Firm, we focus on criminal defense, personal injury (including auto accidents), wills and probate, business law, and liquor law and we are here to listen to you and help you navigate the legal system.

The Ferruccio Law Firm is pleased to offer free initial consultations to all prospective clients. To discuss your legal needs with a highly experienced attorney, call us at 330-452-6400, or send us an email.